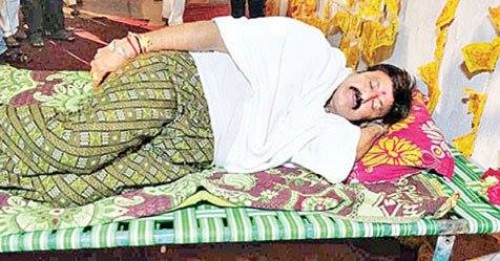 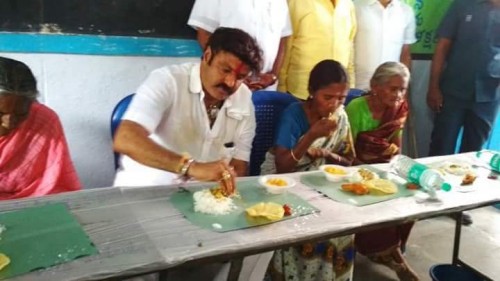 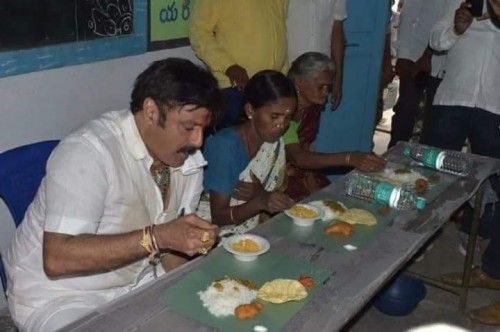 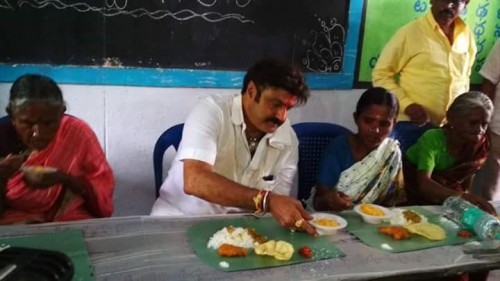 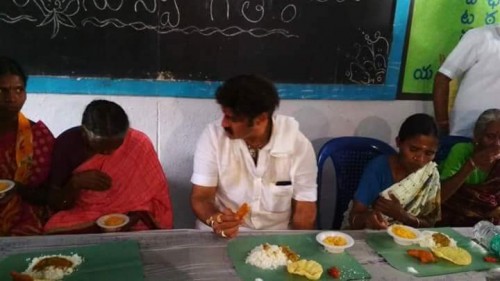 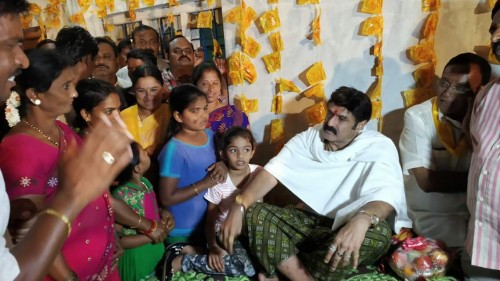 Nandamuri Balakrishna is an Indian film actor and politician known for his works predominantly in the Telugu cinema.[2][3] He is the sixth son of Telugu film actor and former Chief Minister of Andhra Pradesh N. T. Rama Rao. He entered the film industry as a child artist at the age of fourteen with the film Tatamma Kala (1974).[4][5] Known for his dance and acting skills, he has acted in more than hundred feature films in a variety of roles.[6]

On the other hand, Balakrishna is known for his works in biographical films, historical films, and hagiographical films. He essayed poet Vemulawada Bheemakavi in Vemulawada Bheemakavi (1976); as Abhimanyu in Daana Veera Soora Karna (1977); as Jahangir in Akbar Salim Anarkali (1979); as Narada in Sri Tirupati Venkateswara Kalyanam (1979); as Sidda in Srimadvirat Veerabrahmendra Swami Charitra (1984) screened at the Moscow Film Festival; as Krishnadevaraya in Aditya 369 (1991), screened at the International Film Festival of India; as Satya Harischandra and Dushyanta in Brahmashri Vishwamitra (1991); as lord Krishna, and Arjuna in Shri Krishnarjuna Vijayam (1996); as Pundarika in Pandurangadu (2008); as lord Rama in Sri Rama Rajyam (2011); which received special mention at the International Film Festival of India.[7]

In his 100th film, he essayed Gautamiputra Satakarni, 2nd century ruler of the Satavahana Empire in the epic war film Gautamiputra Satakarni (2017). The film was subsequently dubbed into Hindi and Tamil languages.[8] The film is screened at the first “Edinburgh Festival of Indian Films and Documentaries”.[9] Balakrishna has received three state Nandi Awards for Best Actor for his works in Narasimha Naidu (2001), Simha (2010), and Legend (2014).[10] In 2014, he received the South Indian International Movie Award for best actor for his work in Legend.[11] Balakrishna was the chief guest for the 43rd International Film Festival of India.[12] Balakrishna is the Chairman of Basavatarakam Indo-American Cancer Hospital and Research.[13] He is an elected member of the Andhra Pradesh Legislative Assembly for the Hindupur