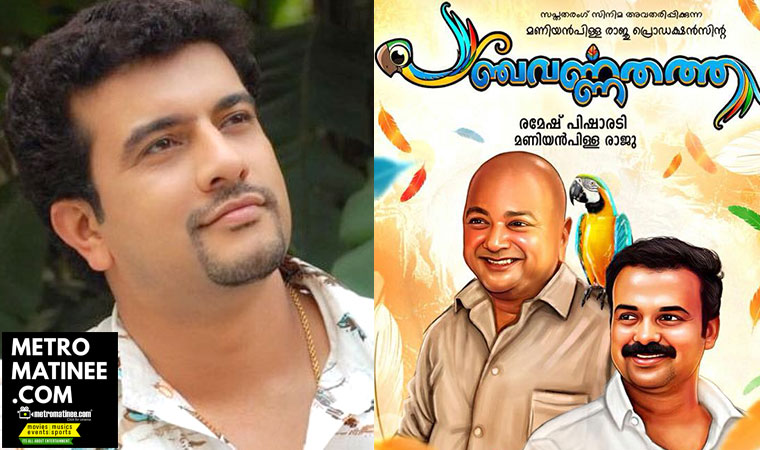 Comedian-turned-actor Ramesh Pisharody will start the shoot of his directorial debut Panchavarnathatha from today. The movie, that has Jayaram and Kunchacko Boban in lead roles, is being produced by Maniyanpillai Raju. 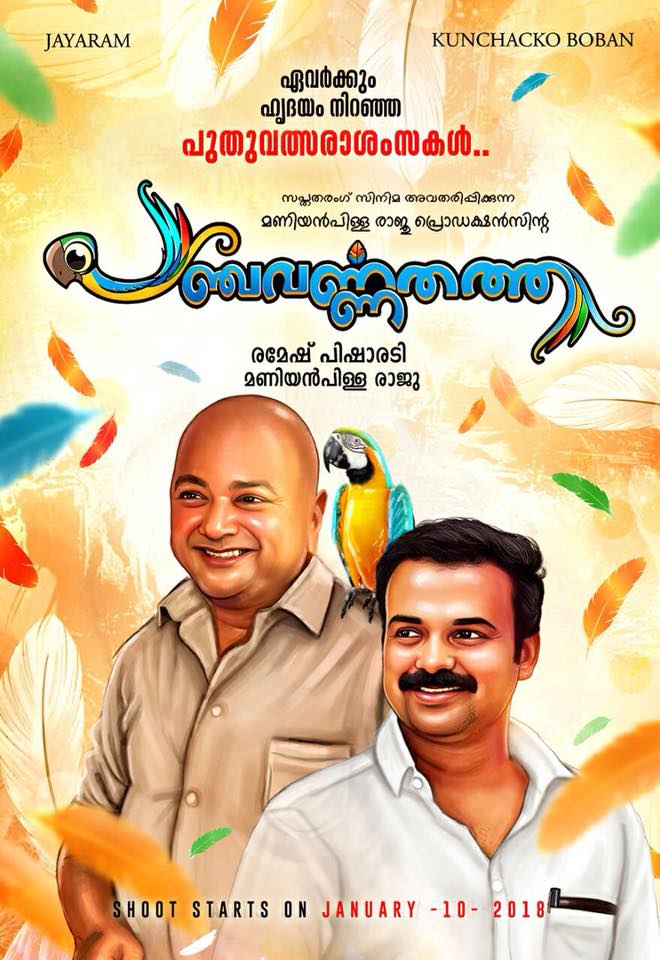 The highlight of the movie will be Jayaram’s bald avatar. The actor posted a video on Facebook on Tuesday going bald for the role. The buzz is that he will play a pet shop owner in the movie.As a comedy, the movie will have Kunchacko Boban playing a politician. Anusree will be seen as the lady lead of the movie. Apart from direction, Pisharody is the co writer along with Hari P. Nair. 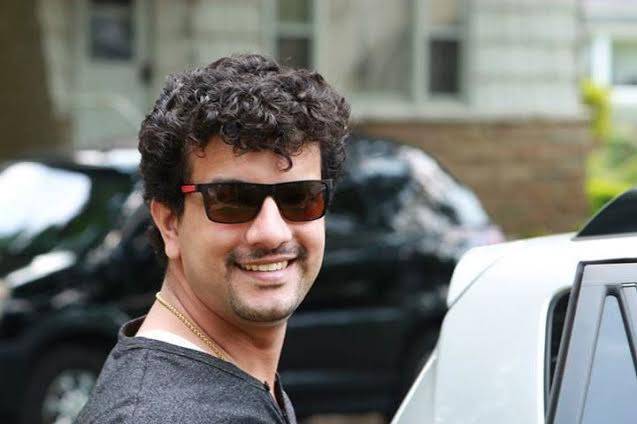 The movie also give importance to Music. M. Jayachandran is roped in to compose three songs and Ouseppachan, the background scores. Also Nadhirshah will do the title music.The movie wil be distributed by Saptha Tharang.
Ramesh Pisharody is known for his works in Malayalam television and films as a stand-up comedian, mimicry artist, television host and film actor. 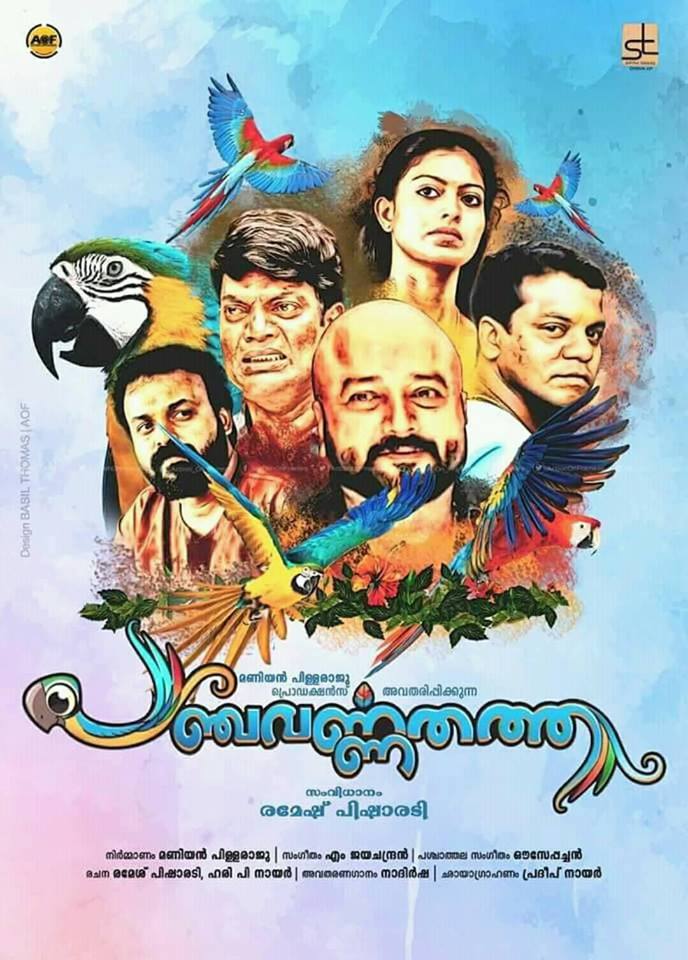 He appeared in the TV shows Cinemala and gained huge popularity after his TV show Bluff Masters aside his creative partner and friend Dharmajan Bolgatty. He debuted as an actor through the film Positive (2008). Though he first acted in the film Positive, first released movie was Nasrani. He has acted in several Malayalam films, mostly in supporting roles like To Noora with Love (2014), which include comedy as well as negative roles. He had a lead role in the film Kappal Muthalaali (2 009). 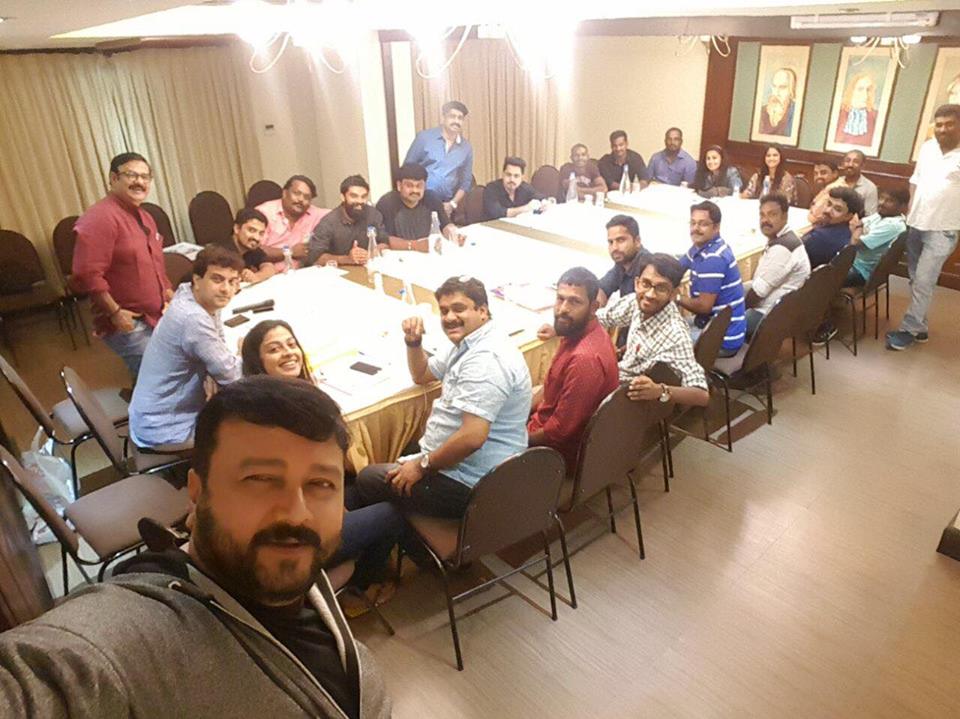 His other notable films are Celluloid, Left Right Left, Immanuel and Amar Akbar Anthony. He is currently hosting the TV show Badai Bunglow. And now is going to make another milestone in his life with his directorial debut Panchavarnathatha Movie. More details about Pisharody’s directorial debut will be soon out.