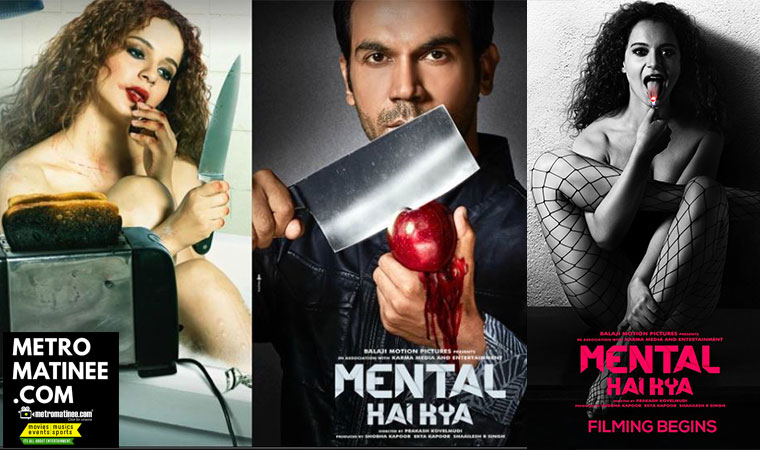 Bollywood actress Kangana Ranaut will soon start shooting for her new movie Mental Hai Kya opposite Rajkummar Rao. After having her fair share of controversies every now and then, Kangana Ranaut can be seen making some bold choices on her work front.

Speaking about the film Kangana reportedly said that the way her life unfolded in the past few years, she realised there was so much stigma attached to being different. ‘Mental’ or ‘psycho’ were the terms used to shame her, but these can’t be used casually as swear words. 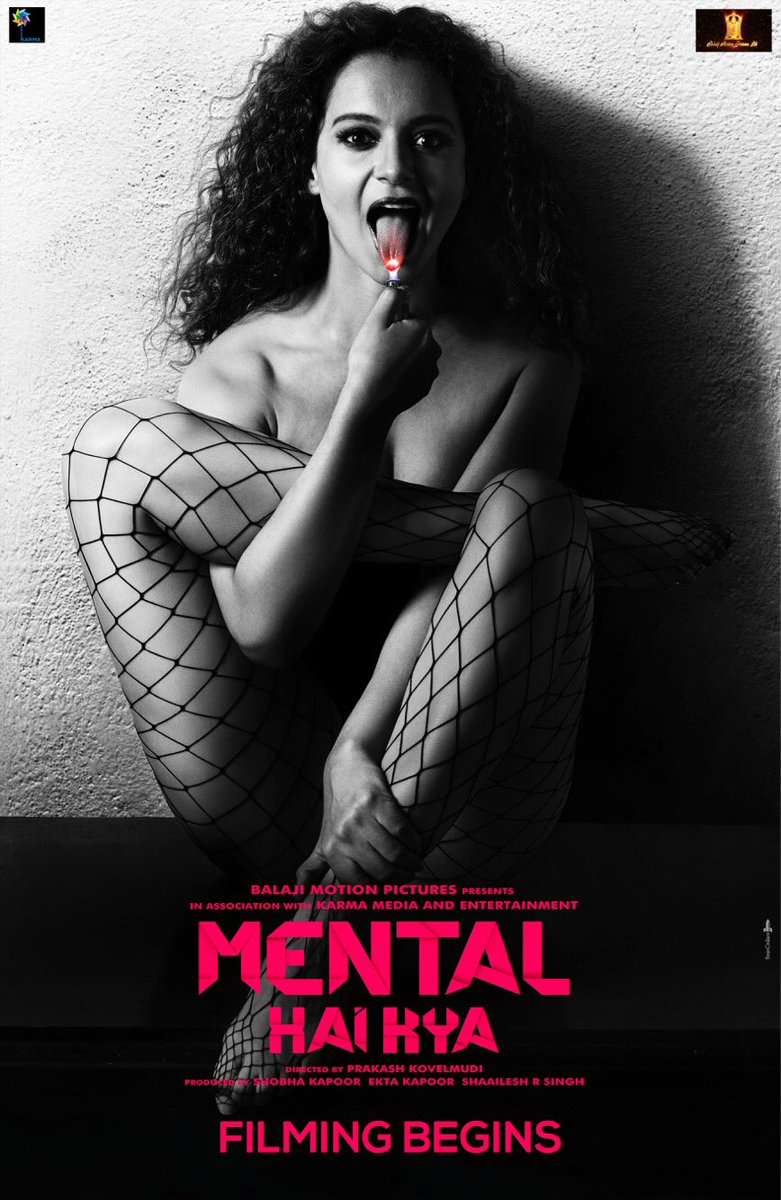 She added that when this script came along, she reportedly knew that she had to do it to break the stigma around it.Although not much has been revealed about the film, the makers have been revealing some quirky posters of the film from past few days. The psychological thriller, to be directed by Prakash Kovelamudi, is set to go on floors soon. 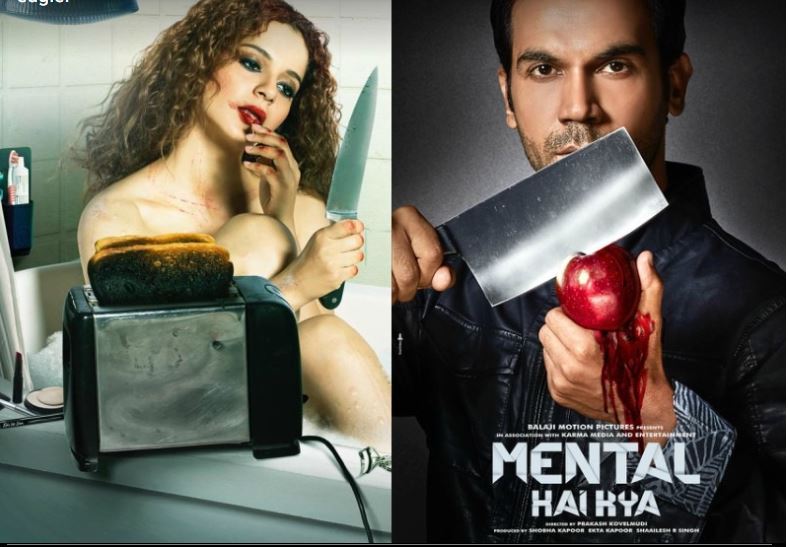 Recently the third look from Mental Hai Kya was out. Rajkummar Rao and Kangana Ranaut are certainly flaunting some ‘mental’ attitude in the latest pictures.Kangana is seen inside a bathtub with a toaster, hair straightener and few makeup items lying around as she uses a knife as a mirror to apply her lipstick! With the dark maroon lipstick smeared unevenly around her lips, the entire picture can actually scare you. Rajkummar, on the other hand, holds an apple and a knife but the apple is oozing blood on his hands as he puts his knife to it. 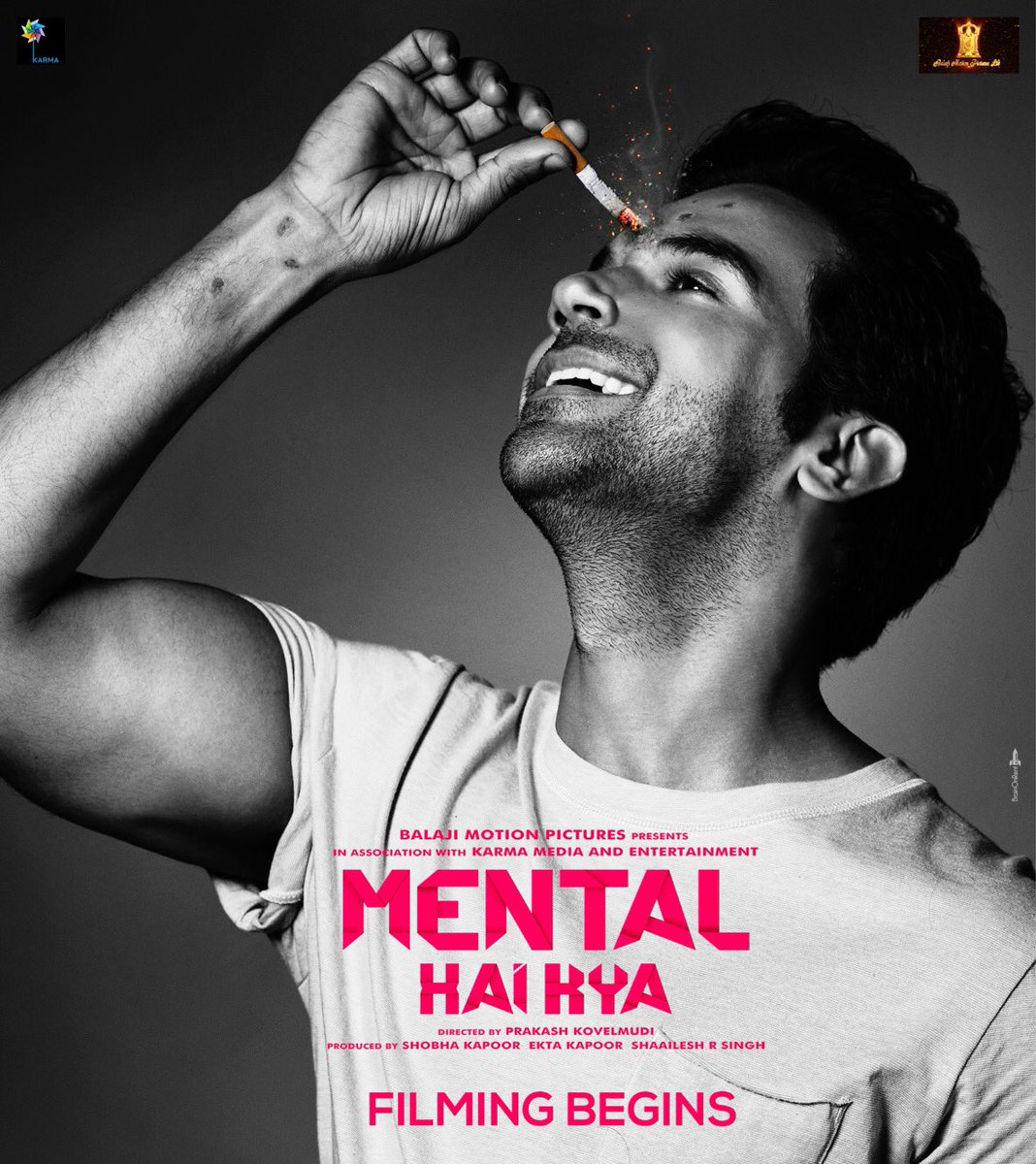 Mental Hai Kya is directed by National Award-winner Prakash Kovelamudi and produced by Ekta Kapoor’s Balaji Motion Pictures and Shaailesh R Singh’s Karma Media. Kovelamudi is a popular Telugu actor-filmmaker who bagged a National Award in 2006 for Bomelatta. Earlier, Kapoor said in a press statement, “Mental Hai Kya celebrates the beauty in imperfections and in being different and shouts out, sanity is overrated! I’m thrilled to work with Kangana and Raj on this one.”