At last the release date of Prithviraj’s highly anticipated movie Vimanam is out. Vimanam Movie will hit theatres on December 22nd, Friday. Directed and Written by Pradeep M Nair, the movie is said to be inspired by the story of a young man who fought against all odds to build an aircraft on his own.

Newbie Durga Krishna stars as the leading lady of ‘Vimanam’ while actors like Alencier Ley, Nedumudi Venu, Anarkali Marikkar and Shanthi Krishna appear in supporting roles. Listin Stephen has bankrolled the movie under the banner of Magic Frames. Asif Ali’s Adam’s World of Imagination is distributing ‘Vimanam’.It was recently the teaser of the movie was out.

The teaser showed, Can I also fly like them (birds)? Asks a young boy to his father as they watch the sun go down. The father replies, “You have to wish for it. That wish has to come true.” Prithviraj starrer Vimanam is all about finding ways to make you wish come true.
The little boy then decides that there is only one way to make his wish come true. He gets ready to make a ‘Vimanam’ (plane) with spare parts lying around at a shed. He chooses the best of the greasy spanners as the shed owner tells the little boy that he must give him a free ride in the plane. 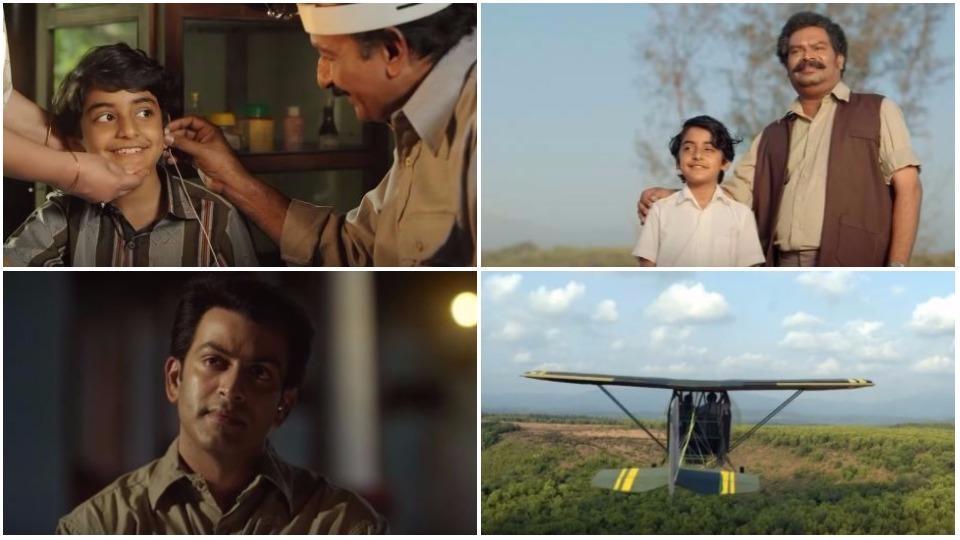 There is a problem though. The little boy can’t hear, but his parents want to get him treated in order to achieve what he wants. The child grows up to become a man who still dreams about flying. There are sketches of plane prototypes on the wall, and we see the desire to succeed in Prithviraj’s eyes. We also realise that the childhood wish has now become an obsession. Prithviraj’s dream now includes the woman he loves. 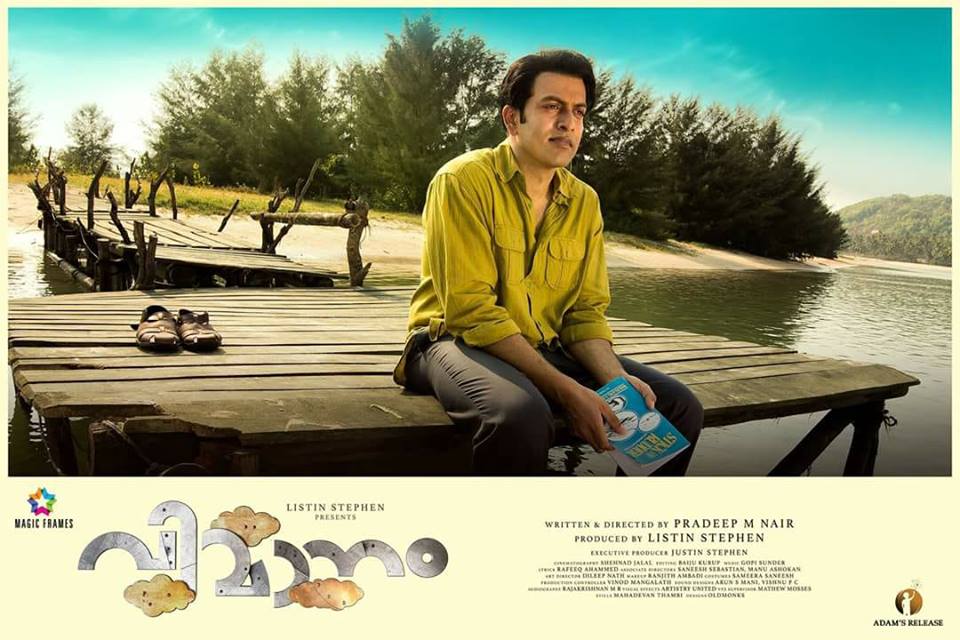 When people around him are doubtful about him succeeding, he is determined to fly with her, even if it is for just a little while. Meanwhile, My Story, Aadujeevitham, Anjali Menon’s untitled movie, Ranam/Detroit Crossing and his directorial debut Lucifer with Mohanlal are the upcoming movies of the actor.

Continue Reading
You may also like...
Related Topics:Prithviraj Sukumaran, Vimanam