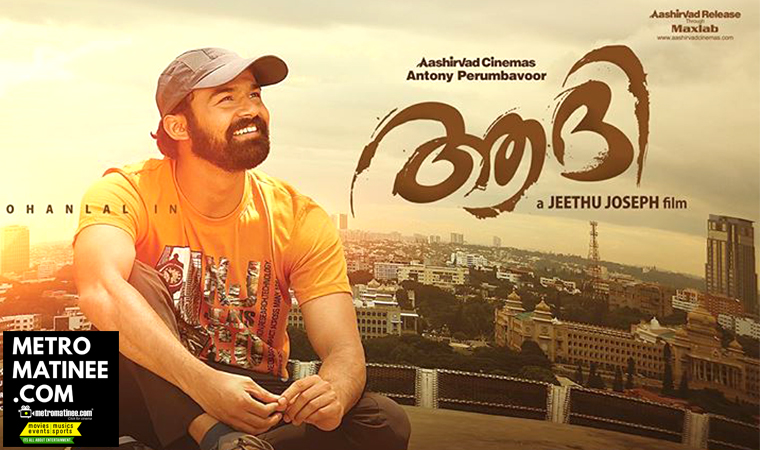 Pranav Mohanlal Aadhi movie gets a clean ‘U’ Certificate!

Pranav Mohanlal Aadhi movie gets a clean ‘U’ Certificate!

Superstar Mohanlal’s son Pranav Mohanlal’s debut movie as a hero Aadhi Movie is certified with a clean ‘U’ certificate. The director of the movie Jeethu Joseph announced about this through his Facebook Page.

The movie will now get a grand release on January 26th. it is said that Aadhi will be a suspense thriller. Pranav is essaying the eponymous Aadhi who is a musician. If reports are to be believed, the story revolves around a serial killer with a young man in pursuit. 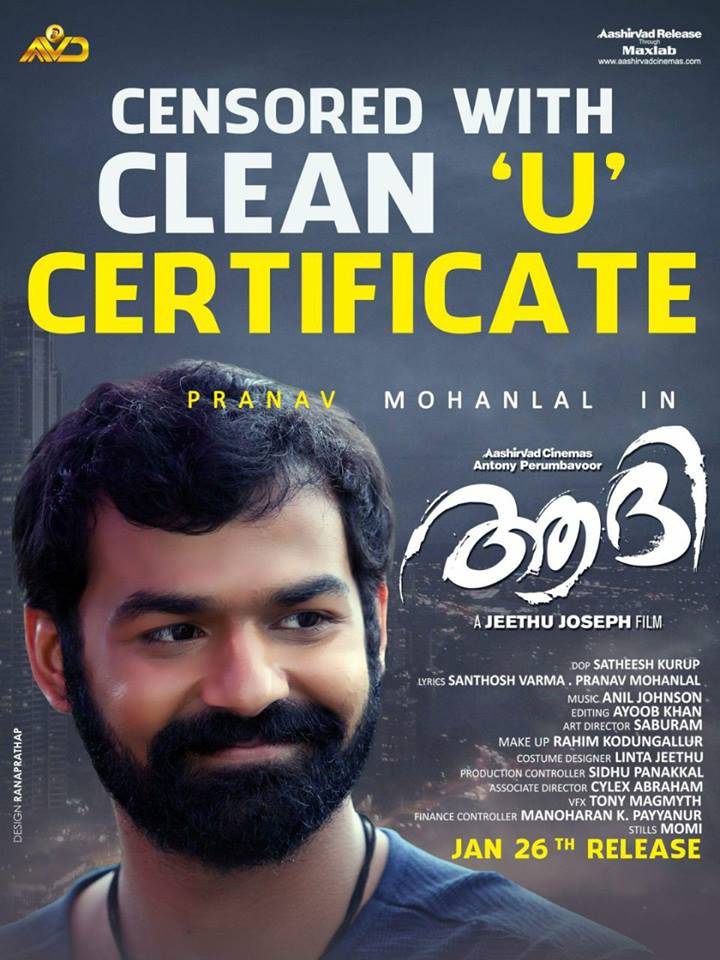 The film’s crew have also revealed that there would be no romance despite having Anusree and Aditi in important roles. Aadhi is bankrolled by Anthony Perumbavoor and has Jagpati Babu playing the villain. Interestingly, Jagpathi Babu made his debut last year opposite Pranav’s father Mohanlal in Pulimurugan. Aadhi will be his second film in Malayalam.Aadhi is billed with the tagline, “some lies can be deadly”. Satheesh Kurup was signed as the cinematographer, while Anil Johnson composed the music. 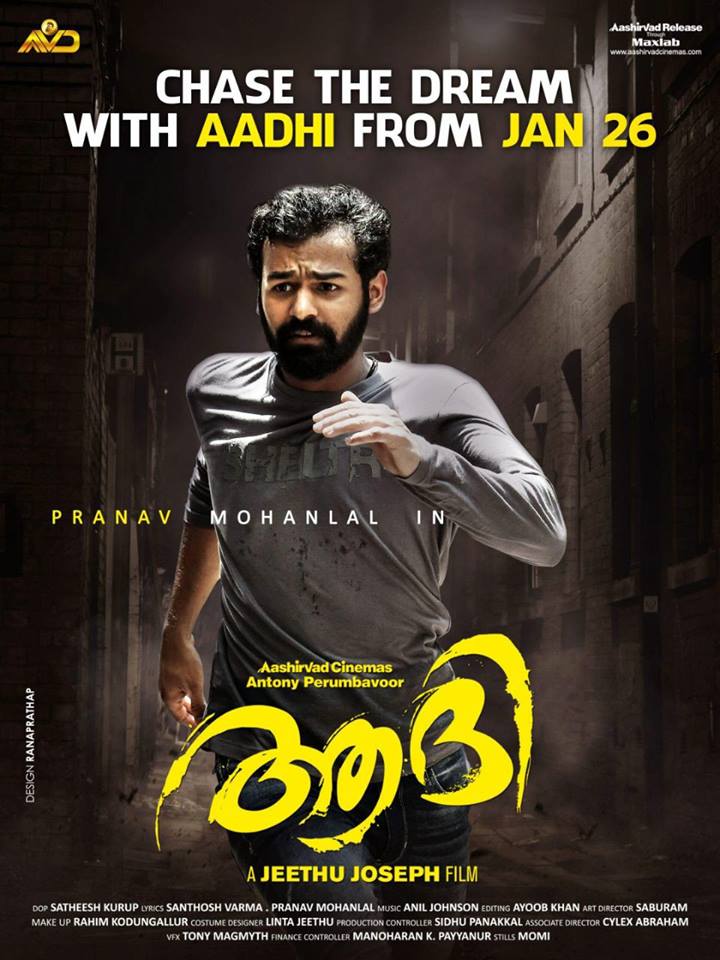 The film marks the return of Pranav as an actor, who had earlier appeared as a child in 2002. He had worked with Jeethu as an assistant director in two films—Papanasam and Life of Josutty. The project was green-lit a few days before the announcement when Jeethu had a discussion with Pranav. After learning Pranav wanted to return to acting, Jeethu approached him with an abstract idea of a film and received positive feedback.

Siddique, Sharafudheen, and Siju Wilson are playing prominent roles in the movie. Lena is also playing an important role in the movie. Siddique and Lena play Aadhi’s father and mother. Initially, Sunny Wayne was signed for a role but had to cancel because of scheduling conflicts. Aditi Ravi plays Anjana, a Bangalore-based Malayali banking professional in the movie. Aadhi will be competing with Mammootty’s Street Lights in the Box-Office which is also releasing on January 26th.

Actor Bharath to play a police officer for the first time!
Actor Vijay’s next movie with AR Murugadoss went on floors today!