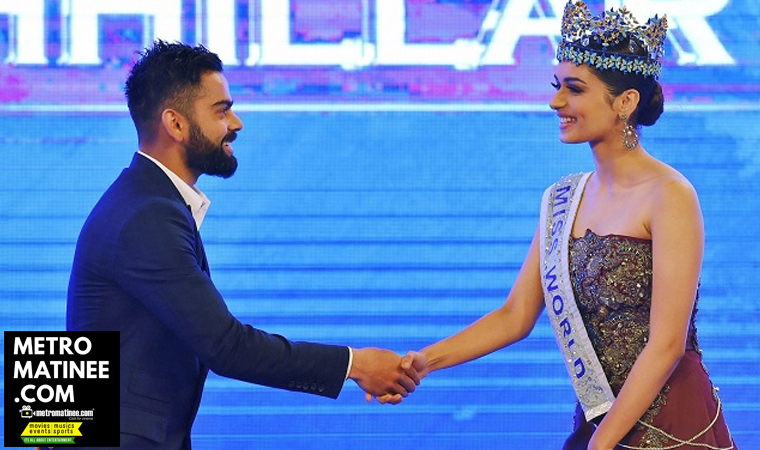 Miss World 2017 Manushi Chhillar was recently spotted at the CNN-IBN Indian of the Year 2017 event and cricketer Virat Kohli also presented her with the Special Achievement Award.

At the event, Manushi asked him a question saying, ”You are one of the best batsmen in the world today. And you’ve been such an inspiration. You’ve really given back to the society. But there are a lot of young people who draw inspiration from you. How would you like to give back for children, especially in the world of cricket?” Virat’s reply was something which won our hearts. He said, ”Well, what’s very important to understand is when you do what you do and you express yourself on the field, it has to be genuine. And it has to be from the heart. Otherwise if people find out that you’re trying to pretend, then they can never connect to you. I’ve never tried to be anyone else. I’ve always been myself. I always mention that people had a lot of issues with how I was, how I conducted myself. But I had never had any problems with that.” 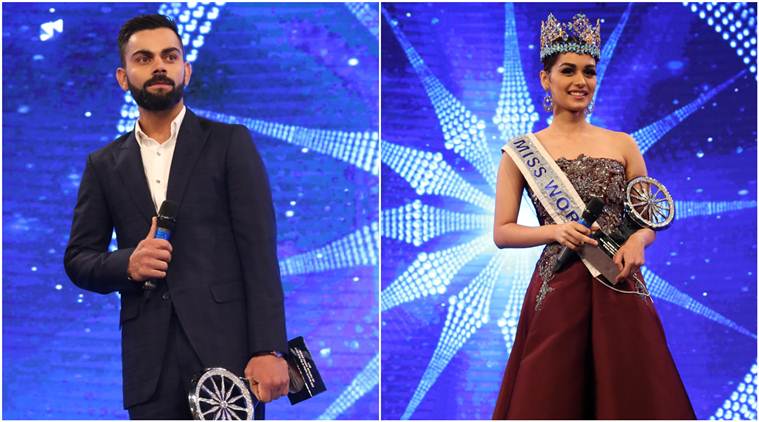 The cricketer also added that, ”The moment I started to think that I need to change, is the only time I changed. Everyone has to go through a mutual process to be where they get to in life to become more mature. What’s very important to understand is one should never lose their own identity, character, and personality. Because if you try to be someone else you can never succeed. And you can never inspire others.” 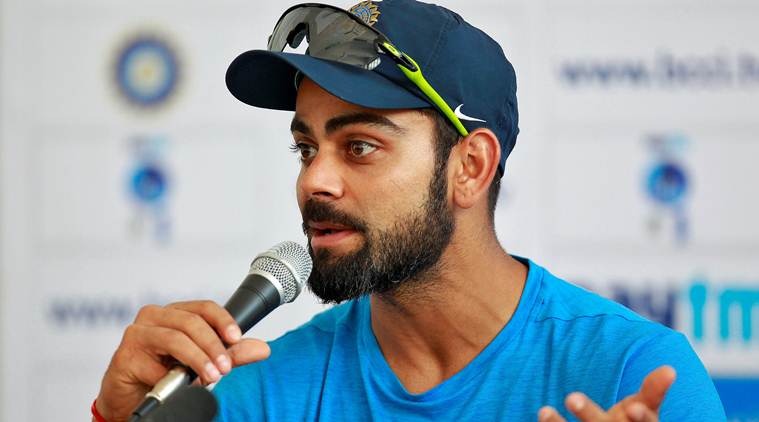 Virat also said that the one thing that he believes in is that there’s something much stronger that’s making everyone do what they do. He said, ”We ourselves don’t have the ability to go out there, score runs and take wickets all the time. We must believe that everyone has a plan. And that plan has been executed for them at the time they are in. And all they can do is work hard. No one can change the plan. What we can do is work hard and be honest with ourselves.”