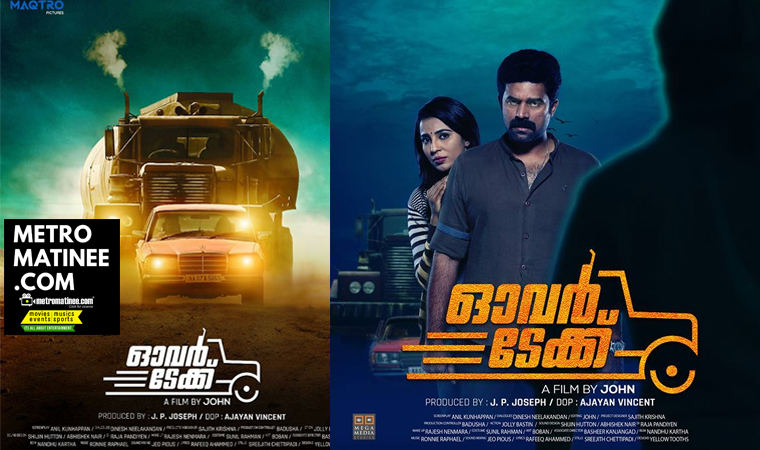 Overtake Movie directed by John Joseph will be released on this Friday, November 3rd. Vijay Babu and Parvatii Nair are playing important roles in Overtake movie. Overtake Movie will be a new experience to Malayalam cinema since the director is introducing a novel type of movie to Mollywood. The main attraction of the movie is that a car and a truck plays the protagonist and antagonist of the movie. The movie includes in the genre of road movie and also it is a family entertainer with a thrilling experience. Overtake movie is the directorial debut of John who is also the owner of Mega Media studio, which is famous for its studio used for editing, dubbing, and DI. John has been earlier into production also and now he is trying his hands in direction. The movie was shot with high risk since it has many risky shots of chasing and fights etc… Many skilled technicians from all parts of India is part of the movie crew. Highly skilled technicians and the use of new technology has helped to meet International standards for the movie.
Vijay Babu plays the character named Nandan Menon and Parvatii plays his wife Radhika. It is for the first time the actors are sharing screen space together. The movie is mainly focused on the family’s move from Bangalore to Kerala, as it is a road movie. The movie also has Deepak Parambol, Ajay, Krishna, Baby Laya, Nelson, Anjali Aneesh, Niyaz, Kottayam Pradeep etc..as part of the cast. Overtake movie scripted by Anil Kunjappan is produced by JP Joseph under the banner of John J Cinemas. Ajayan Vincent cranks the camera for the movie while the music of the movie is composed by Rony Raphael. Rafeeq Ahmed has penned the lyrics of the songs.